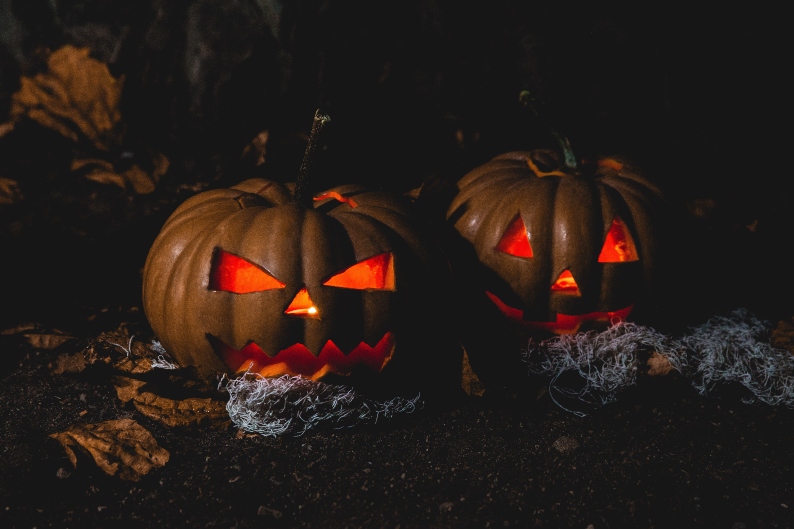 Halloween has always had a special place in my sweet heart. I have been celebrating it year after year but not in the same way people usually do. For many years, I have celebrated it to say hello to the dead, to speak with them and say thanks to all the nice spirits that move around us although we could not see them.

Every town and village has a spooky house in one of its neighborhoods that everyone is scared of. Nobody wants to visit it and if someone does, they feel the shivers down their spine and hear strange voices asking them to come inside. There are famous and popular horror stories for each haunted home; which people are only brave enough to talk about during Halloween night.

A story says that one night, one group of friends including boys and girls aged between 20 and 25-years-old went inside a scary house that was out of town on Halloween night. The group brought several objects such as candles, blankets, cushions, water, sweets, potato chips, beers, wine and music as they planned to spend the whole weekend in the spooky house.

The abandoned house was surrounded by overgrown vegetation and inside it was covered with cobwebs and broken furniture. As they stepped inside the living room, they could feel that the house was under constant darkness, the walls were so cold to touch and one of the friends saw a chimney where there was wood burning in the fireplace. The place was getting warm at this point. The boys and girls loved Halloween day and freaky situations a lot. They all went in front of the fireplace sitting in a circle. One of them started telling a Halloween Ghost story to scare everybody.

One boy thought: “This spooky house was built from the poetry of nighttime trees, from their shadows and the chill of innocent people”.

At the thirteen word of the story, footsteps emerged on the first floor, a door closed violently and disembodied footsteps appeared next to the group of friends. Everything looked like the dead had risen up from their graves.

One of the girls thought: “This isn’t right. I should not be here.” Despite hearing all these ghostly noises, none of them went running away as they all loved celebrating Halloween so much … although to this day nobody has ever seen these boys and girls home again…

Halloween’s origins have its roots in the ancient, pre-Christian Celtic festival of Samhain, which was celebrated on the night of October 31st.

The Celts lived 2000 years ago in today’s Ireland and Northern France, they believed the dead returned to earth on Samhain. They celebrated the festival when people would light bonfires and wear costumes to ward off ghosts.

Pope Gregroy III designated November 1st as a moment to honor all christian saints. Soon, All Saints’ Day incorporated some of the traditional habits of Samhain. The evening before All Saints’ Day was All Hallows’ Eve, and later Halloween.

Nowadays, the Catholic holiday, All Hallows’ Eve, is the night before All Saints’ Day.

Halloween is now a pretty secular holiday, its festivity is becoming more popular year after year around the whole world. Today, Americans spend an estimated $6 billion annually on Halloween, making it the country’s second largest commercial holiday after Christmas.

How do people celebrate Halloween?

-Playing traditional games at home with friends or family members.
-Visiting a pumpkin farm to pick your favorite seasonal pumpkins.
-Carving pumpkins into Halloween scary shapes.
-Making a jack-o-lantern.
-Baking and decorating Halloween Biscuits.
-Dressing up with a terrific costume and acting like an evil character.
-Walking around your neighborhood to ask for: trick or treat.
-Exploring haunted tours such as Ghost Tours at Eltham Palace and Gardens, London, UK.
-Visiting haunted house attractions such as Bloodworth Haunted Mansion, New York, USA.
-Watching family-friendly Halloween movies in case you have kids at home; movies like “Hocus Pocus”, “The Nightmare Before Christmas”, “Beetlejuice” and “It’s the Great Pumpkin, Charlie Brown”.
-Watching a collection of classic horror movies like “Scream”, “Nightmare on Elm Street”, “Halloween”, “The Conjuring”, “All Hallows’ Eve”.

If you really love horror movies I recommend you to watch “The Rite ” in case you haven’t watched it yet. The movie was directed by Mikael Håfström and based on the book “The Rite: The Making of a Modern Exorcist” written by Michael Petroni. It’s a supernatural horror film to show you that evil is real. It’s based on the actual experiences of Father Gary Thomas, a California priest who was assigned by his bishop to study exorcism at the Vatican. In “The Rite,” he becomes Father Michael Kovak from Chicago, a seminary student who journeys to Italy to learn exorcism.

Some activities specially for Christians:

-Carving pumpkins into hope-filled shapes and words.
-Reading stories about the saints by candlelight.
-Celebrating a harvest feast like Samhain.
-Designing a bunch of flowers to visit the cemetery on All Saints Day.
-Dressing up and acting out a dark story from the Bible.
-Creating a light box to illuminate your soul and to protect the spirits of Halloween.
-Designing a Halloween fear free banner then putting it on top of the chimney.

As Chief Marketing Officer and blogger of Ya-Hub Translations I wish you a very horrific Halloween full of haunted and spooky encounters!! Be very afraid of the dark because you never know what dwells in it. Don’t listen to the whispers in your ears.

Best wishes for a haunting all Hallows Eve!