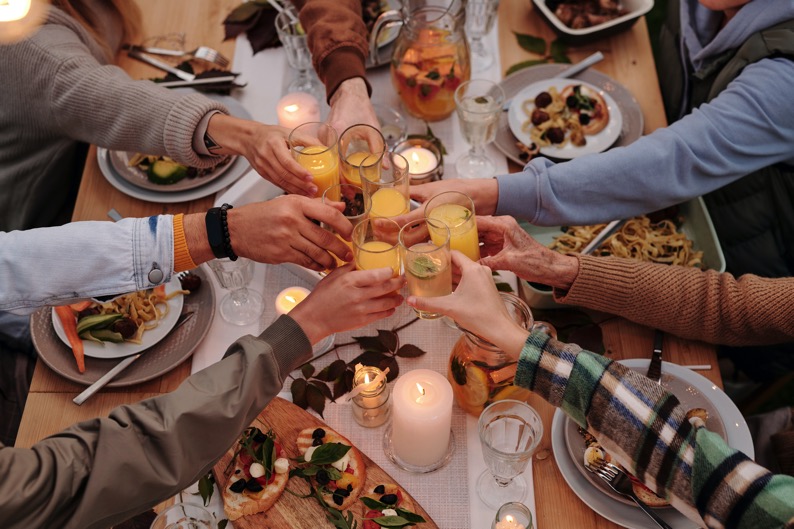 As a Mediterranean girl, I lived on the Mediterranean Spanish coast for about 18 years, travelling to Mediterranean sea neighbouring countries such as Portugal, Morocco, France, Italy and Greece . Since I was a little girl, I really enjoyed going shopping in colorful food market streets with my mum, collecting and stocking many Mediterranean ingredients in the home kitchen. We had extra virgin olive oil, sunflower oil to bake, olives of different flavors and colors, fresh fish and seafood, garlic, aromatic species, plenty of rice, lentils, pasta, whole grains, yogurts, fresh vegetables, fruits, cheese, red meat, sweets, nice bottles of wine and liquors.

The different foods that are characteristics of the Mediterranean cuisine are used to create all kinds of delicious recipes such as a Mediterranea Alicantina paella, Mediterranean salads, roasted Mediterranean salmon, Greek eggplant, an Ibicenco Sofrit Pages, Chicken Shawarma of the Middle East or Moroccan vegetable tagine. All these dishes are extremely valued in gastronomic terms as nutritionally recommended. Bread, wine and extra virgin oil have been symbols of civilization and prosperity for the people of the Mediterranean for thousands of years.

The Mediterranean diet reflects the food patterns typical of Crete, Greece and southern Italy in the early 1960s. Dietary data from Greece and Italy show that in the recent past the civilians of these countries enjoyed the longest life expectancy as they presented the lowest recorded rates of chronic diseases following and eating a Mediterranean pattern style diet. Let’s explore the Greek cuisine a little more:

Greek cuisine is deeply rooted in Turkish, Arabic, and Persian cuisine. Many of the cooking methodologies used in Greek food stem from other regions too. However, that is to be expected because Greece is bordered by so many countries.

A good instance of this is Tzatziki, which is seen as authentically Greek, but it is rooted in Turkish cuisine. Greek cuisine dates back several thousand years, and over the years, it has been intertwined with the culture.

Today, Greek food heavily relies on judicious use of fresh seafood, olive oil, lamb, wine, cheese, beef, and lemon juice, amongst some other common ingredients. The other thing you need to bear in mind is that there are several subregions within Greek cuisine. You have Macedonian, Cretan, and Cypriot.

Most people reading this have probably eaten pita bread and recognize it as being a Greek staple. The bread has been a part of Greek cuisine since the 1100s. In Greece, pita bread is not eaten along with something, like it is in the UK or America for that reason. Pita bread is consumed as a sandwich for gyro, souvlaki, or other combo.

Dolmades are cabbage or grapevine leaves that are stuffed with a combination of herbs and rice boiled until the leaves become tender. The term itself is uniquely Greek, but this concept has been used throughout the Mediterranean, with tomatoes, minced meat, and onion stuffed into grapevine leaves.

Now, this might be possibly the most recognizable Greek food in the UK, made primarily by cooking meat on a vertical rotisserie spit. However, gyro roots are in doner kebab, but it is a trendy fast-food option in Greece today and many other parts of the world. Greece is dotted with several hundred pork and chicken gyro joints, where people can stop in to pick up something to eat quickly.

Similarities in other Regions that Constitute Mediterranean cuisine

There are several similarities amongst Mediterranean cuisines like the use of bread, fresh cheese, olives, vegetables, nuts, olive oil, which tend to tie together what may be food from different regions.

There is a worldwide famous quote that Mediterranean people use in their lifes too and it says: “Eat breakfast like a king or queen, lunch like a prince or princess and dinner like a pauper”. This old quote promotes a healthy nutrition habit, that’s in line with the Mediterranean diet.

Benefits of a Mediterranean diet

There are several reasons to use Mediterranean cuisine as a medicine diet:

We can find several Mediterranean philosophical quotes in relation with food that can inspire you:

Socrates was a famous and emblematic Greek classic philosopher who is considered to be the father of Western philosophy. He wrote extensively on many topics including the importance of knowledge and how to live a meaningful life. In the philosophic proverb: “Thou shouldst eat to live; not live to eat.” Socrates tells the reader to eat in a way that is healthy for their mind and body. When you “eat to live” you choose foods that extend your life path and they give you the substance you need to live an enjoyable life.

It is said that language and food both have influences on each other. Letters and languages both have to be taken in consideration to follow recipes, to choose dishes in a romantic Mediterranean restaurant, to read the ingredients on a food label to avoid an allergy.

While it might be true in some cases, you don’t need to understand a particular language to enjoy its food. That said, translation services help bridge cultural gaps by making sure that you are understood across international borders. Before travelling to a Mediterranean destination it is important that you get some knowledge about typical Mediterranean cuisine. Learning how to order food in the local language will ease communication and please local staff.

In case you do business with a Mediterranean food company, always rely on a language services company with native and industry specific translators, that gives you trust and confidence to translate or localize your content.

The Ya-Hub team hopes you find this post attractive and helpful. Start cooking Mediterranean dishes and you will live longer!