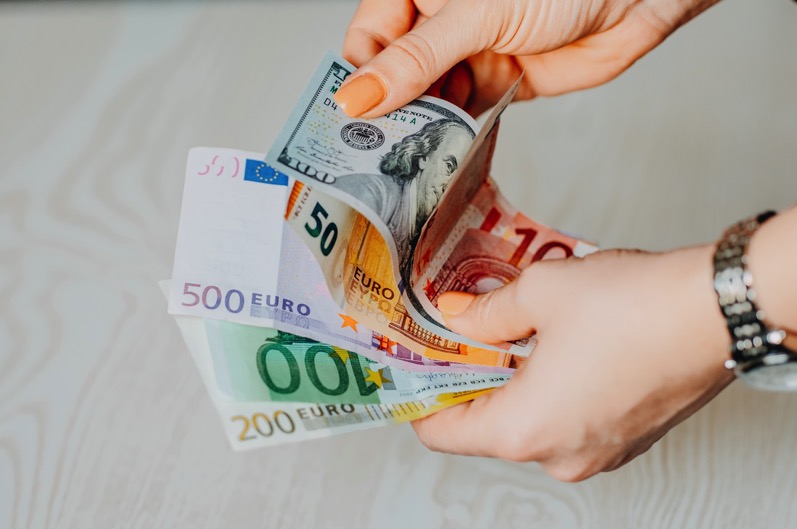 Being a global company, we deal with small and big businesses from around the world that sell products and services in many countries. Since we opened our doors in 2020, amidst Covid, we have observed many profound shifts in Society and in the corporate world. Some technology experts said  that we should actually say “welcome to 2025!”. Indeed as a result of the pandemic there has been a quantum leap in consumer behavior towards technology use.

Since more people are now working from home, we buy and interact more virtually and e-Commerce is thriving. There are between 12 and 24 million e-commerce websites globally and the number will increase in the next few years. The world is shrinking and pretty much everything is possible from a commercial standpoint regardless of your location.

Fortunately, today there aren’t as many major currencies as they were forty years ago. Officially there are 180 official national currencies circulating across the world including the euro, the dollar (US, Canada, Australia, New Zealand, Singapore, etc), the pound Sterling, the Japanese yen, the Swiss franc, the South African rand, etc. Most European countries use the euro, some European countries such as Bulgaria, Czech Republic, Denmark, Hungary, Poland, Romania, Sweden and the United Kingdom use their own currency.

The US dollar is used in the United States and the Canadian Dollar in Canada. However, Asian countries each have their own individual currencies, the values of which may vary depending on the stability of their economy in relation to the rest of the world.

-The Kuwaiti dinar is the highest-valued currency in the world, estimating at $3.25 per dinar. Such a high value is explained by Kuwait’s stable economy and significant oil exports into the global market, producing almost 95% of the country’s revenue.

-The oldest currency around the world is the pound Sterling, it dates back to the 8th Century and it is still in use.

-The youngest currency in the world is the South Sudanese pound, made official in 2011.

-The first example of banknotes, were created in China during the Song Dynasty (AD 960 – 1279)

-The largest banknote belongs to the Philippines. Its sizes are impressive: 8.5 inches wide and 14 inches long, or 21.59 cm wide and 35.56cm long. It was created in 1998 to commemorate independence from more than 300 years of Spanish rule.

How Does an International Company Deal with Currency Variations?

One of the functions of currency is to tell potential buyers what they need to pay to get a particular product or service. However, the value of all currencies isn’t equal, and the exchange rate to the US dollar, to which many are affixed, tends to change.

Most international companies deal with this by quoting prices in either US dollars or euro. It then leaves the buyers from non-European countries and the United States to do the conversion themselves. Often the banks will handle the conversion and charge a fee, depending on the native currency of the credit card or the debit card used.

However, if you think this approach leaves your potential customers in the cold, especially if you have many customers outside of the euro and US dollar zone, there is a way to work around it.

You should allow your targeted audience to pay using their local currency on your e-commerce site. Doing so will have a positive impact on your sales. Customers are more likely to complete a sale if they are presented with their preferred currency, payment method and language.

The customers will also be able to handle accountancy and pay state taxes more easily if they pay using their local currency.

Just as we recommend localizing your website’s design and language to suit different regions you’re selling a service or product in, the same goes for the pricing. If you are selling products in Thailand, for instance, it would be worth making sure that the prices you quote for products on the Thai version of the site are in local baht.

If you are actively selling products and services in different parts of the world, make sure that there are separate localized pages in the local language and prices quoted in local currencies. That’s one of the best ways of making sure that your international business does not leave buyers out in the cold.

The other advantage of quoting prices in local currencies is that the buyer does not have to worry about currency fluctuation, which would otherwise be an issue if the price was originally quoted in US dollars. When prices are quoted in US dollars, the buyer has no idea what they can exactly end up paying because the banking exchange rate for these currencies varies every day. So, by quoting in a local currency, you are ensuring stability.

Accept international payments from anywhere, regardless of the country, when possible. Don’t close doors to anyone, offer an array of alternatives to capture the attention of new buyers. Have in consideration that new customers can be customers forever if you sell a quality product, that’s needed. Millions of online customers want to pay using their local currency as it makes them feel more secure and generally they also think they are making a better deal.

You can reach out to local payment merchants in regions you want to do business in. There are many payment platforms available worldwide to fit your business needs. Many countries have their own merchants and localized versions of PayPal. All of which makes accepting money in different currencies easier, quicker, and more stable, which is imperative for a boundless company.

As a rule, always look for the best international merchant services with good payment processing options.

Being Head of Marketing at Ya-Hub Group, which includes the Ya-Hub Translations agency and the Ya-Hub.com productivity platform, I have plenty of experience dealing with global businesses. So I encourage you to grow your company globally, whilst making life easier for your customers. Translate your website and legal documents with Ya-Hub Translations, and use your customers’ local currencies as I mentioned before. Try to be empathetic to others, try to feel how buyers can think and feel.