Tradition of Valentine’s Day Across Countries 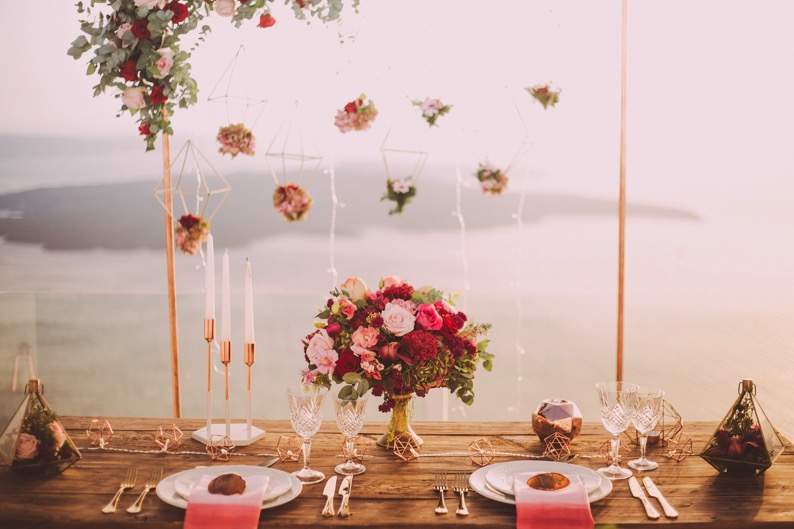 Valentine’s Day occurs every February 14 worldwide regardless of its origin. Many shops, stores and restaurants in cities have beautiful Valentine decorations hanging on the shop windows on this romantic day. These include Cupid illustrations, hearts, balloons and garlands in pink and red color to match with the celebration day.

Sweets, flowers, perfumes, chocolates, heart-shaped candies and other gifts are exchanged with messages of love between lovers in the name of Valentine on the Feast of Saint Valentine. Some couples go out to have a romantic dinner and celebrate their love for each other, others order a fine dining meal and other couples forget overpriced set menus, fully booked restaurants and instead prepare a special dinner at home with the multiple meal deals that supermarkets such as Market & Spencer, Waitrose, Tesco, Aldi, Hy-Vee, Carrefour, etc offer on Valentine’s Day.

Despite some people thinking that Valentine’s Day is a commercial day or a romantic paraphernalia invented by businesses to make good money, that materializes and demeans the real meaning of love, I deeply defend that Valentine’s Day has a motive of positive celebrations.

Valentine’s Day is a supreme day for people in love. Love is very important for the communities because love means bringing light and positive energy to the dark. Without love Humanity would look so sad and so different. That’s why I think that Valentine’s Day and other popular celebrations alike are very positive for the people.

Valentine’s Day is not just the lovers’ day, it’s the day of all people who are in our lives, who show us affection, take care of us and people that we love. So Saint Valentine’s Day is a day to celebrate not only with your partner in love, also with those you love.

Anyone considered part of your inner circle should receive a card on Valentine’s Day. After going through a pandemic that has affected the wellbeing of everyone, you could get this chance to show affection and share a handwritten message with a partner, a friend, a workmate, an old classmate, with whoever you wish.

The history of Valentine’s Day and the story of its patron saint is covered in mystery. Since a long time ago, February has been celebrated as a month of romance for all couples and lovers around all villages and cities worldwide. Saint Valentine contains vestiges of Christian roots and ancient Roman tradition. Let’s find out more about these facts before discovering how other countries celebrate Saint Valentine.

Who was Saint Valentine?

The popular belief about St Valentine is that he was a priest from Rome in the third century AD. Emperor Claudius II had banned marriage because he thought married men were bad soldiers. Valentine felt this was unfair, so he broke the rules and arranged marriages in secret. When Claudius found out, Valentine was thrown in jail and sentenced to death.

There, he fell in love with the jailer’s daughter and when he was to be killed on February 14 he sent her a love letter signed “from your Valentine”.

When did it start?

Having a particular Valentine’s Day is a very old tradition, thought to have originated from a Roman festival.

The first Valentine’s Day was in the year 496! It originated from a Roman festival called Lupercalia in the middle of February – officially the start of their springtime. Lupercalia, the feast day’s earlier association with love and fertility was celebrated between February 13 and February 15.

There are multiple legends of Saint Valentine, and different reliquaries in the Czech Republic, Ireland, Scotland, England and France all claim to have bones attributed to a Saint Valentine.

Valentine’s Day around the world

Countries celebrate Valentine’s Day in their own way based on their culture and traditions. Let’s underline some interesting festivities for our global audience.

How to say “I love you” in some of our customers’ countries?

In the name of the Ya-Hub Translations team, I wish a very happy Valentine’s Day to you! Don’t be shy and celebrate this lovely Valentine’s Day.  Love around and enjoy life! Speak from your heart and make Valentine’s Day one to remember this year with a card that includes a loving message inside!

“One is loved because one is loved. No reason is needed for loving.” Paulo Coelho