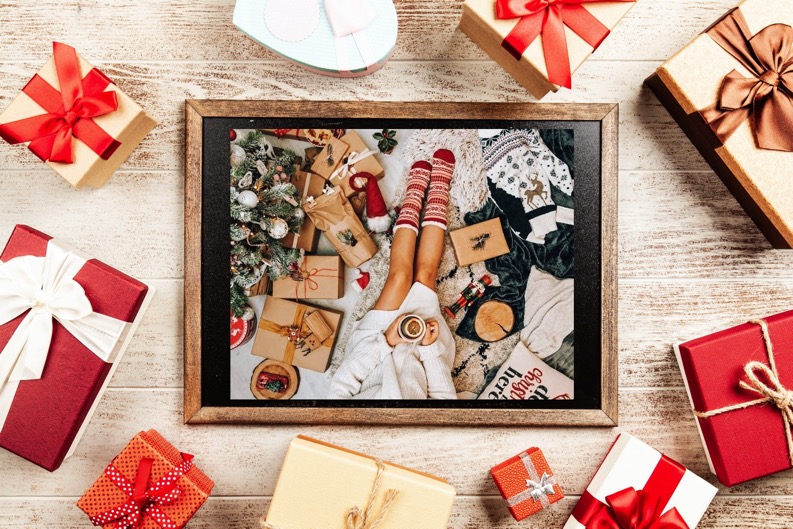 The magic of Christmas starts from the beginning of December when millions of children around the world commence thinking about Santa Claus. All of them show interest in Santa’s life, Santa’s elves, the North Pole and the magic of Christmas. All these little boys and girls love to sit next to an adult with a Christmas book in their hands, as they love to listen to lovely Christmas stories such as “The Father Christmas” , “A boy called Christmas” , “The Night Before Christmas”, “ A Christmas Memory”, … They also love singing Christmas carols alongside musical instruments such as tambourines, sleigh bells, egg shakers and maracas. All of them happily make Christmas greeting cards for people they care about and none of them forget to write a letter to Santa, usually saying they have been very nice children along the year and especially in December, as they’re asking for some presents.

Have you noticed that generally children show their better manners and skills during the Christmas season? Children listen more to their teachers, parents and nannies and engage more in all activities in December. Indeed, there are studies saying that young children who believe in Santa may behave marginally better temporarily compared to children who don’t.

The believer’s duties: Children who believe in Santa prepare for him a plate with the best homemade cookies and a fresh glass of milk the night before Christmas. They leave the milk and the cookies visible to make it easy for Santa to eat when he visits their home. Children patiently wait for Santa Claus for hours the night before Christmas and after a long time waiting, they decide to go to bed. On the morning of the 25th, many of them will wake up very early to discover if Santa managed to leave a gift under their Christmas tree.

Santa is really busy on December 24. He has to deliver presents to almost 22 millions girls and boys around the world every hour, that’s about 365,000 kids a minute; about 6,100 a second.

Santa Claus is a legendary figure who is the traditional patron of Christmas in the United States and other countries worldwide. His popular image is not only a legend, it’s based on traditions associated with Father Christmas and Saint Nicholas, a 4th century Christian Saint who was known for his generosity and kindness.

Santa Claus, Father Christmas and Saint Nicholas are portrayed as white-skinned with rosy cheeks, white hair and white beards. Are all of them representing the same person? Yes, all of them are the same.

Do you think that anyone can be Santa? Yes, anyone can be Santa and behave like him: using kindness, being polite, being sociable, being committed, being dutiful, being reliable, speaking several languages, responding to people’s requests and messages when relevant, being thankful, helping others,…

When does Nativity start?

The Nativity starts on Christmas Eve in commemoration of the birth of Jesus.

Many varying cultural traditions are associated with Christmas Eve around the world, including reuniting with family and friends, going and looking for the illumination and enjoyment of Christmas lights around the city, singing Christmas carols, the wrapping and preparation for Christmas Day, the attending of Midnight Class.

They prepare a long table covered with a refined tablecloth, some majestic Christmas decorations like candles, a Nativity scene and fresh garlands. They prepare an exquisite and a special dinner to share with the guests: oysters, caviar, canapes, crips and olives as an appetizer with wine and champagne, following with a second plate of roasted turkey, stuffing gravy, cranberry sauce, roast potatoes and vegetables, and finally as dessert Christmas pudding that’s very famous in Italy or nougats in Spain.

What are the 12 days of Christmas?

The 12th days of Christmas following Christmas Eve are:

What is the meaning of Christmas?

This festive season is about sharing with others who have less than you, it’s about giving to other people in need without expectation of receiving anything in return. Each time we give a gift to each other, we become more like Father Christmas in our own way.

The true meaning of Christmas is love, it is to help others, to give, to bring the greatest happiness to others and to enjoy family, friends, and colleagues.

As author of this Christmassy article and as Head of Marketing at Ya-Hub Translations, I wish you a very Holly and jolly Christmas! May this Christmas end the present year on a cheerful note and make way for a fresh and bright New Year.